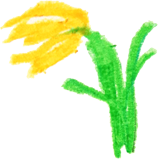 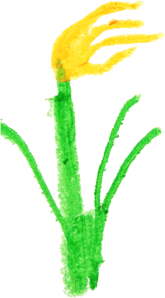 He wore little brown lace up boots and stood quite still, looking at the riot of yellow sunlight. Laughed and threw out his arms, lost his head from sheer delight. The joy in those dancing trumpets, battling against the wind. It caught him up too, lifted his feet, ran with him to the golden Spring. No, Conor, no! You mustn’t! But he had, as yet, no sense of words. He had to feel the stalks crunch and the sap run out. Touch the petals and smell their gold-dust. The daffodils bowed and broke, made a thick green carpet to tramp tramp trample on. And suddenly, it was over. The joy crushed from his soul. His heart still, and feet silent. He did not cry, for he had not yet learned what that was. He had no word ‘to cry’. Just stood there, in wondering despair. Till Mummy took his hand and led him back to her.

I sat on that same park bench two days later. Spring showers had fallen, and dried. Children played. The daffodils danced again. Bright, upright, bowing to the breeze. I hope Conor comes by to see.